Scent detection canines are the necessary interest in this article. However, if you are a dog parent, you must know that canines are multi-gifted and some of what they do is to teach us many valuable life-lessons. Here is a partial list—dogs:

Scent Detection Canines
Are The Best “Sniffers” On the Planet

Scent detection canines listed as the top ten breed “sniffers” can vary, depending on who puts the list together. I hope you will be as amazed as I was in gathering this data.

Experts have reported incredible true stories about the acuteness of dogs’ sense of smell.

What do dogs have that we don’t? For one thing, they possess up to 300 million olfactory receptors in their noses, compared to about 6 million in us. And the part of a dog’s brain that is devoted to analyzing smells is, proportionally speaking, 40 times greater than ours.

Here is my list, beginning with number ten, the English Pointer, and moving to the top of the list, number one, the Bloodhound.

The first Pointers appeared in England in 1650. Many hunters admire the Pointer for his bird-finding ability and say he has the best nose of all the pointing breeds. He has a long, deep muzzle with wide-open nostrils he uses to seek out his feathered finds. I was unable to find the number of olfactory smell receptors for the English Pointer. 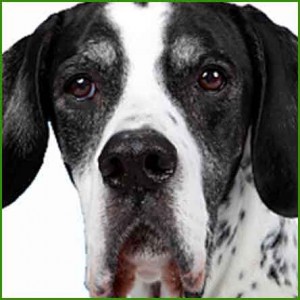 There are many Coonhound breeds—Black and Tan, Bluetick, Redtick (photo below), English, Plott, Redbone, and Treeing Walker. All of them have highly effective noses but different styles of scenting. Some have “hot” noses, meaning they work best on fresh trails. Others are said to be “cold-nosed,” able to follow an old, or “cold” trail with little trouble. I was unable to find the number of olfactory smell receptors for the Redtick Coonhound. 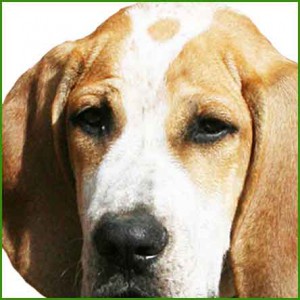 The English Springer Spaniel was officially recognized by the AKC in 1910. This popular dog comes in two types—field-bred and show-bred. The field-bred types are highly prized by hunters for their good nose, which is liver-colored or black with broad nostrils. At the present time I do not know the number of olfactory receptors smell receptors that typically belong to the English Springer Spaniel. 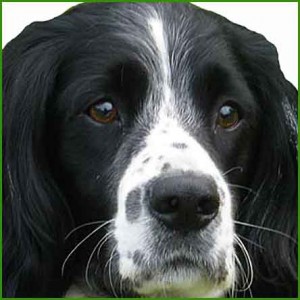 The Belgian Malinois was officially recognized by the AKC in 1959. Commonly employed by police and military forces and as search and rescue dogs, this breed is well known for his keen sense of smell. Among the breed’s talents are the ability to sniff out explosives, prostate cancer and cheetah scat.

Intelligent and trainable, the breed possesses a strong desire to work and is happiest with regular activity and a job to do. A relatively easy keeper due to their medium size and short coat, this confident breed loves their families, but may be somewhat reserved with strangers. I was unable to find the number of olfactory smell receptors for the Belgian Malinois. 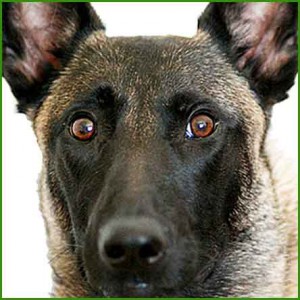 The Dachshund was officially recognized by the AKC in 1885. Spunky, upbeat, curious, friendly, the Dachshund is well-balanced with bold and confident head carriage and intelligent, alert facial expression, all make him contagious. Bred to hunt badgers in Germany, he can be found in historical records dating back to the 15th century.

His hunting spirit, good nose, long tongue and distinctive build make him well-suited for below-ground work and for beating the bush. His keen nose gives him an advantage over most other breeds for trailing. This extended hound has 125 million scent receptors. According to the AKC, he ranks 11th in dog popularity. 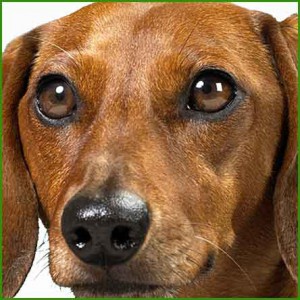 The gentle, intelligent and family-friendly Labrador Retriever from Canada, for the last 28 years, continues to be the most popular breed in the United States, according to AKC registration statistics.

This versatile hunting breed comes in three colors – yellow, black and chocolate – and because of their desire to please their master they excel as guide dogs for the blind and as part of search-and-rescue teams or in narcotics detection with law enforcement. I was unable to find the number of olfactory smell receptors for the Labrador Retriever. 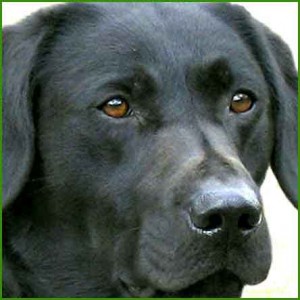 The German Shepherd was officially recognized by the AKC in 1908. This well-known herding breed is said to have 225 million scent receptors in his nose. One of the things he’s known for is his ability to air-scent. Rather than keeping his nose to the ground, he casts about for human scent that is carried by the wind.

Smart, confident, courageous, and steady; a true dog lover’s dog. A good German Shepherd is also highly versatile, and many are employed by the police, military, and search and rescue groups. 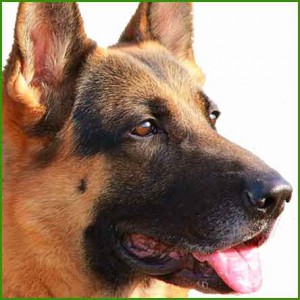 The Beagle was first officially recognized by the AKC in 1885. These dogs are solid, sturdy, and happy-go lucky. Their origin is unknown, remaining in obscurity.

He might be one of the smallest of the hound breeds, but the Beagle has just as many scent receptors as the German Shepherd—225 million. Many of the merry little hounds follow air and ground scent. The Beagle’s scenting ability makes him popular not only with hunters but also with the USDA’s Animal and Plant Health Inspection Service, which employs the dogs to detect contraband (especially food items) in airports. Beagles who have been on the job for a while have a 90 percent success rate and can recognize nearly 50 distinct odors. Beagles love to follow their noses, which at times may get them in trouble. 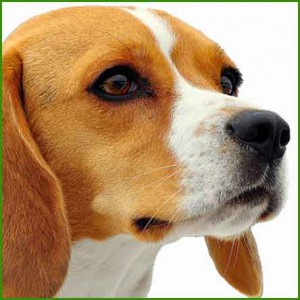 The Basset Hound is patient, low-keyed, and charming—even a bit lazy, making an unusually good family pet. He was officially recognized by the AKC in 1935.

Of French origin, the Basset is built to follow a scent trail low to the ground. His heavy long ears sweep the ground, bringing scent upward to his powerful nose. The loose skin beneath his chin, known as a dewlap, helps to trap the scent, keeping it easily accessible as he works. The AKC says that the Basset is second only to the Bloodhound in scenting ability. He loves to chase rabbits. He has 250 million scent receptors. 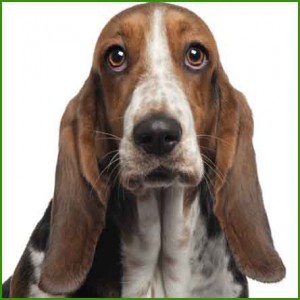 This giant hound has 300 million scent receptors — more than any other breed. He is famed for his man-trailing abilities and is so reliable his evidence is admitted in court. Bloodhounds can not only follow a scent on the ground, they can also air scent. Like their cousin the Basset, they are built to be the perfect tracking dog, with a large, long head; a nose with large, open nostrils; long ears that sweep the scent upward from the ground; and a cape of loose skin around the head and neck to trap and retain the scent. Last but not least, the Bloodhound’s stamina and persistence make him a superior trailing dog.

The Bloodhound was officially recognized by the AKC in 1885. Sweet, easygoing, friendly—that’s him! While Bloodhounds are extremely affectionate, they are take-charge dogs and need to know who’s the boss. 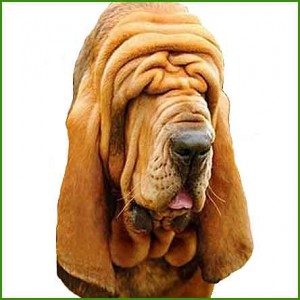 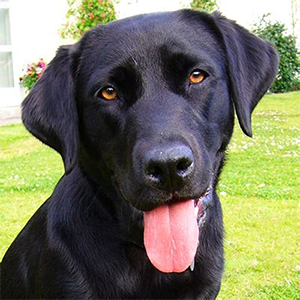 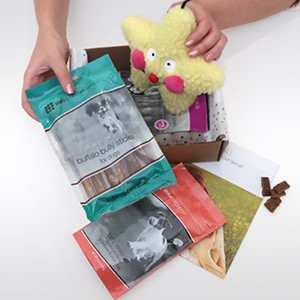 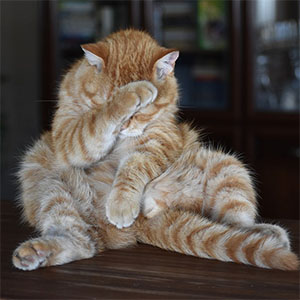 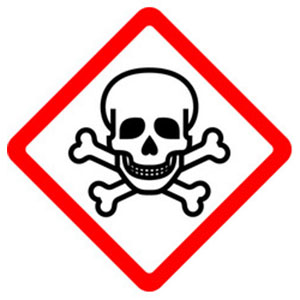 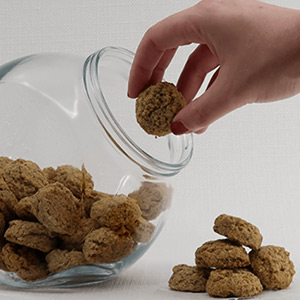 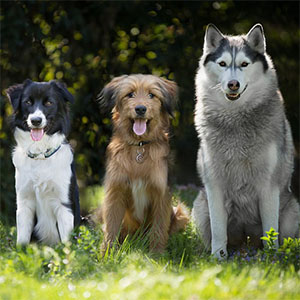 A Collection of Canine Celebrations

A Collection of Canine Celebrations